In the new year, the Järvejooksud running series will be called Maru Järvejooksud10.11.2020

The series of lake races will celebrate its 20th anniversary in 2021, and the nominal sponsor of the series in the new season will be Maru, who will help shaping the runners’ imaginations. Supporting the series of lake races is not a step to the unknown for Maru, on the contrary – the employees of the Maru group have participated in numerous races organized by Stamina, Maru Ehitus has been a supporter of the Estonian biathlon team for many years.

The Maru Lake Run series will start on July 10, 2021, when the Pühajärv Run, which celebrates its 40th anniversary and is 10.7 km long, will take place.

The second stage of the series is the 50th run around Lake Harku on July 31, 2021, which is a 6.6 km long lake circle. After the Harku lake run, there is 4 weeks to prepare for the last and longest lake run of the series.

The 3rd and last stage of the running series is on August 28, 2021 when the run takes place around Lake Ülemiste, which is the longest and most unique stage of the series – 13.8 km around the source of drinking water of the people of Tallinn. 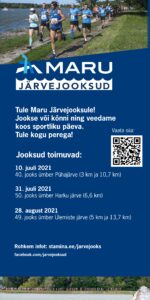 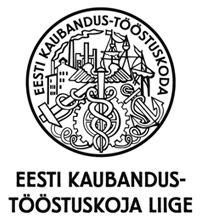