Maru Metall has produced steel structures for various wide-span buildings. Maru Metall manufactured the steel structures for two of the largest sports and entertainment arenas in the Baltic countries.  The main arches of the Riga Arena, a multifunctional arena that was built for the Ice Hockey World Championship in 2006, span 72 meters. The entire roof structure weighs almost 700 tons. The design, production and assembly of complicated wide-span steel structures are an interesting challenge for our team.

Riga Arena, a multifunctional arena that was built for the Ice Hockey World Championship in 2006, is used primarily for ice hockey and basketball games and large concerts. The main arches of the sports arena, which has 10,000 m2 of floor space, span 72 meters. Based on the relatively large spaces between the columns and erection requirements, the main arches were constructed with spatial frames. Support junctions with a limited range of motion, which were specially designed for the structures, were used at half the arches’ points of support. An integrated constructive solution allowed the installation work to be completed a month earlier than planned and for money to be saved on erection work.
The entire roof structure weighs almost 700 tons. The job was recognized with the title of 2006 Steel Structure of the Year. 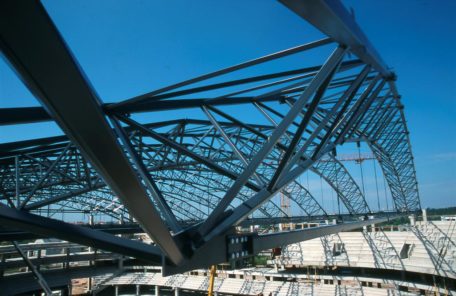 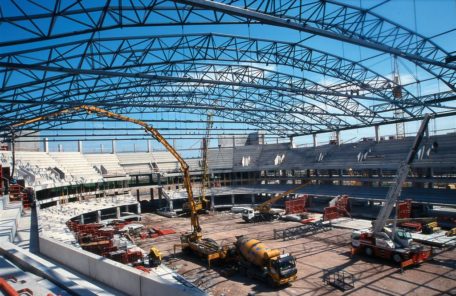 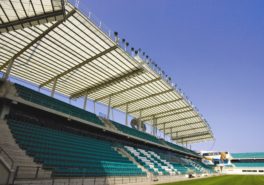 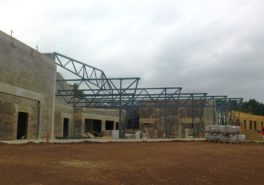 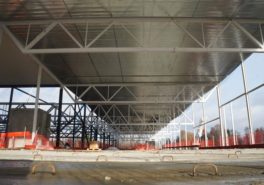 Work is carried out by Maru Metall AS